Fight like a Girl? The Toughest Battles in Cameroon are Fought by Women and Girls - an interview with Cameroon’s Member

For the sixth article of the series "CSPPS Coordinated Response to Support Local Action during COVID-19", the CSPPS Secretariat had a valuable conversation with Fidèle Djebba, president of Association Rayons de Soleil, and CSPPS member in Cameroon. As the conversation progressed, the pervasiveness of gender inequality within Cameroonian society became harshly apparent, as well as the manner in which COVID-19 is magnifying the gap between women and men.

Cameroon, just like all of the countries discussed in this series, faces many threats to its national stability and sustainable development, not in the least in terms of peace and conflict. And despite proof of women’s critical contributions to peace processes in the past, women remain severely underrepresented at the negotiating table. According to research, the participation of women in the peace process makes a peace agreement 64% less likely to fail. Moreover, when women are included in the peace process, the resulting agreement is 35% more likely to last at least 15 years. Yet, between 1992 and 2018, women made up just 3% of mediators, 4% of signatories and 13% of negotiators in major peace processes.

The COVID-19 crisis, which prevents whole families from earning their daily wages in the informal sector, amplifies their despair. Djebba explains how well over 70% of the population depends on daily income from the informal sector to subsist. The current situation sparks fear among the community, especially as women and girls can be recruited, abducted or forced to go into prostitution, either by their families or out of despair.

“If women and girls were not already vulnerable enough, COVID-19 is making this situation worse. And we at Association Rayons de Soleil are afraid that all the progress made so far by civil society organisations as well as the government will be lost because of it. The impact will be long-term. And we need to anticipate those long-term effects.”

Gender inequality in Cameroon is thus not only causing issues regarding the position of women and girls in society or the domestic sphere, or in terms of gender-based violence due to the ongoing conflict. The exclusion of women in positions of decision-making power is also affecting the prospect of peace for the entire country.

Read here the sixth article "Fight like a Girl? The Toughest Battles in Cameroon are Fought by Women and Girls" from the series CSPPS and COVID-19 Coordinated Response to Support Local Action.

A Polarised Nation during a Global Pandemic: the Libyan Predicament 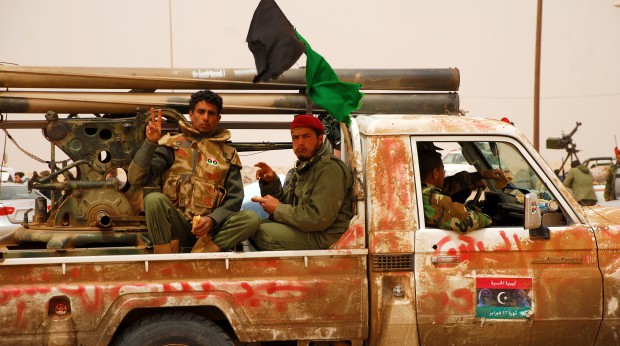