Networking towards peer-to-peer learning: A dialogue between Belun and Global Participe

On November 8, 2022, CSPPS’ Secretariat hosted a virtual meeting between two of its members: Global Participe from Congo Brazzaville and Belun from Timor Leste. This meeting was organised by CSPPS upon request of Mr. Ivan Ngoy Kibangou (Global Participe) to acquire more details on information shared in one of CSPPS’ Weekly Updates – which provides a summary of the Platform’s activities and is shared every week with the CSPPS’ membership. The information in question related to Belun’s update on their regular review of the security situation in Timor Leste, gathered in a document entitled the Early Warning, Early Response (EWER) system.

The meeting was hosted and live-translated by Mr. Noé Montel (CSPPS Intern). This translation enabled partners from two different linguistic backgrounds to directly engage with each other and in a process of peer-to-peer learning. It gave participants the opportunity to share an overview of their country’s security situations and reflect on their differences and similarities.

The main motive of this meeting was for Belun, represented by Mr. Luis Ximenes and Mr. Romaldo Caetano, to elaborate the functioning of the EWER system and share their insights and advice for Global Participe to implement a similar system in the context of Congo Brazzaville. In this sense, the discussion has clearly shown the values of peer-to-peer learning, creating a bridge between partners from geographically distanced countries – and separated by a time difference of eight hours between Dili and Brazzaville – and helping them directly share their knowledge. This element of cross-fertilization of experiences has always been a key motive of CSPPS.

The points that were addressed during the meeting were various and included a historical overview of the EWER-system, which was created in 2008 in the aftermath of the 2006 East Timorese crisis, as well as a larger description of its organisation and operation. On the latter, several technical matters were discussed, including the number of people involved in the system, the relation with the local/national authorities (where Belun is working in cooperation with the police and political leaders), the periodicity of publication of the situation review or the financial implications. 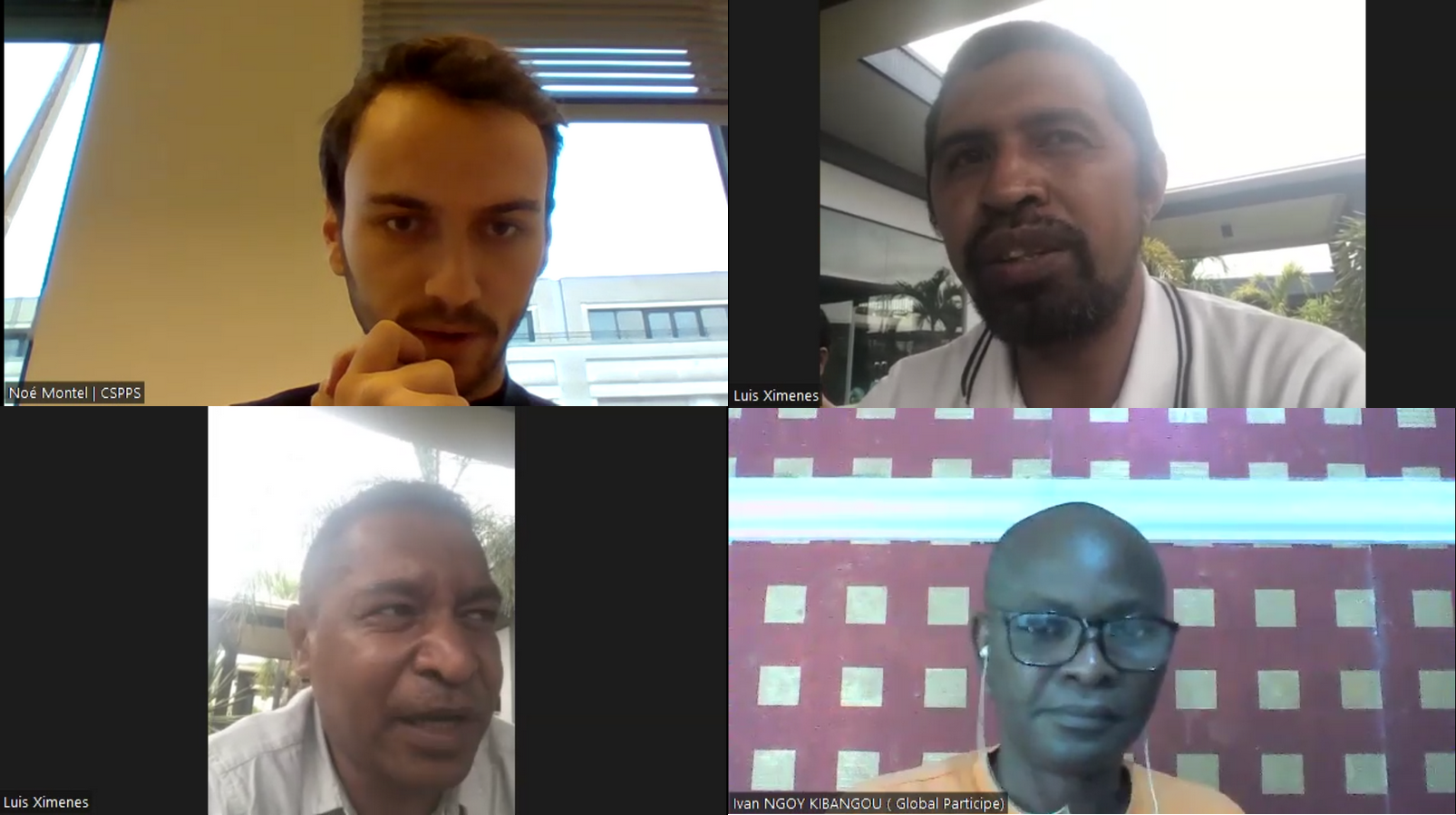 Acknowledging the political and societal differences between Congo Brazzaville and Timor Leste, Belun’s representatives shared advices on how to transpose a similar system in a different country, and provided the name of the software they use to collect/cross data, possible contacts to obtain funding, as well as documents used to train monitoring officers.

This meeting showcased the possibility of tackling one of the world’s system major struggles, namely the language barrier. By providing live translation, the Secretariat ensured a close-to-direct dialogue between the two members without interference. This meeting also paved the way to further discussions between the two organisations and hopefully could be an incentive for other organisations to offer or embark on similar types of discussions, which CSPPS’ Secretariat gladly supports. Direct dialogue between civil society organisations from different regions of the world strengthens international cohesion as well as it enables knowledge-sharing: in this sense, peer-to-peer learning  directly contributes to CSPPS’ larger goal to support the implementation of SDG16.